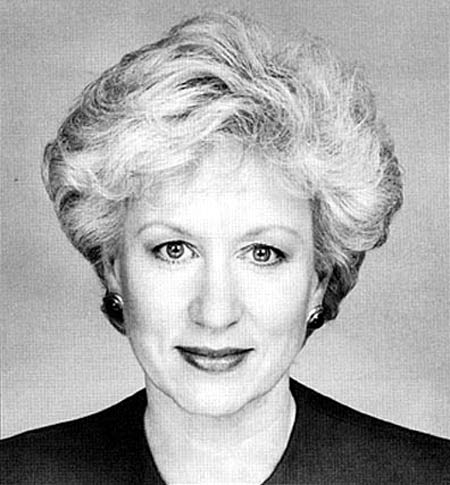 Kim Campbell, by name of Avril Phaedra Campbell, bone on 10 March 1947, Port Alberni, British Columbia, Canadian politician, who in June 1993 became the first woman to serve as Prime Minister of Canada. Her tenure was brief, lasting only until November.

Campbell received her B.A degree from the University of British Columbia in 1969 and studied Soviet government at the London School of Economics. She taught Political Science for six years before moving to the University of British Columbia to seek a law degree. After graduating in 1983, she practiced law in Vancouver for two years before seeking a political career full-time.

She entered provincial politics two years later to become a member of the Federal Parliament as a Progressive Conservative. She was named Minister of Indian Affairs and Northern Development by Prime Minister Brian Mulroney in 1989. She became Justice Minister and Attorney General in 1990, and during her term, she was responsible for a variety of political wins, including the strengthening of Canada’s gun-control legislation and the introduction of a tough rape rule.

Her nomination as Defense Minister in January 1993 was interpreted as a vote of confidence in her political future by Mulroney, particularly after he declared his own retirement shortly afterward. In June 1993, Campbell was voted as Canada’s First Woman Prime Minister after a party convention chose her to succeed Mulroney. Campbell resigned in November after the Progressive Conservatives suffered a humiliating electoral loss (the party won just two seats, and Campbell did not gain her own Vancouver riding). She retired as party leader the next month.

Campbell is a fellow at Harvard University’s John F. Kennedy School of Government after retiring from active politics. She was the Canadian consul-general in Los Angeles from 1996 to 2000. She returned to Harvard after that and worked as Secretary-General of the Club of Madrid, an organization she helped found that comprises former heads of state and works to improve democracy around the world, from 2004 to 2006. She was a member of the International Crisis Group and the International Centre for the Study of Radicalization and Political Violence, among other nongovernmental organizations. Time and Chance, her autobiography, was published in 1996.