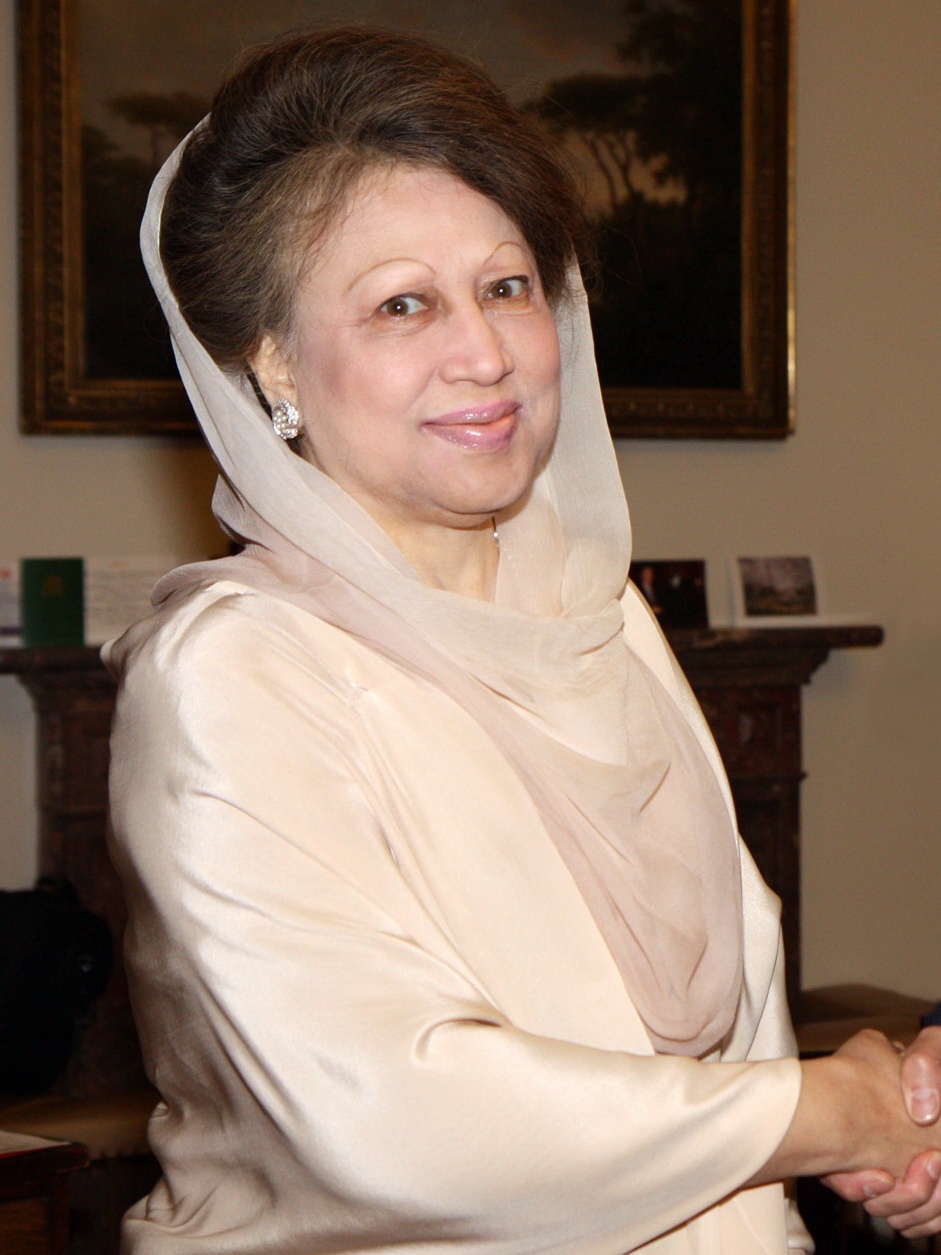 Begum Khaleda Zia served as Prime Minister of Bangladesh from 1991 to 1996 and again from 2001 to 2006. She was the first woman in Bangladesh’s history and second in the Muslim world (after Benazir Bhutto of Pakistan) to lead a democratic government as prime minister.

Khaleda Zia was born in the Dinajpur district in northwestern Bengal in 1945. In 1960, she married Zia ur Rahman. Her husband, one of the prominent heroes of the country’s liberation war, later became President of the Republic and formed the Bangladesh Nationalist Party (BNP) in April 1977.

Khaleda Zia was elected as a vice-chairperson of the BNP in March 1983. The party appointed her as chairperson in August 1984.  In 1991, Khaleda Zia became the country’s first woman prime minister through a free and fair general election on February 27, 1991.

Khaleda Zia became the prime minister for a second consecutive term in 1996 after the BNP had a landslide victory, but due to strikes and protests, she resigned after a month.

Khaleda Zia was re-elected in 2001, regaining power by promising to eliminate corruption and terrorism. In 2006, she stepped down from office, passing power to a caretaker administration.

When in power, the government of Khaleda Zia made considerable progress in the education sector by introducing compulsory free primary education, free education for girls up to 10th grade, an education “stipend” for girl students, and food for education programs. Her government also increased the age-limit for entry into government services from 27 years to 30 years and made its highest budgetary allocation to the education sector. She also took revolutionary steps for women inclusion in political sphere and increased the number of seats for women in parliament.