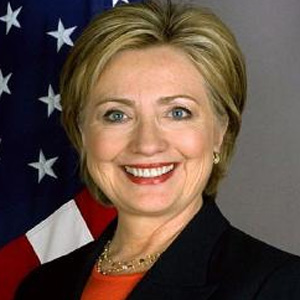 Hillary Rodham Clinton who has served as secretary of state, senator from New York, first lady of the United States and first lady of Arkansas. She has also been a practicing lawyer and law professor, activist, and volunteer—but the greatest thing about Hillary is that she never forgot where she came from or who she’s been fighting for…

Grown up in a middle class family, she saw the difficulties of her parents very closely and that moved her to fight for the needs of children everywhere. She was raised as a Methodist by her parents. On a trip to Chicago with her youth ministry, Hillary got to see Martin Luther King Jr. speak—this sparked her lifelong passion for social justice.

Her junior and High School further accelerated her working into the social justice and activism. She was one of the only 27 women to graduate in Law from Yale Law School but never joined a big law firm. Her future might have been different had it not been for her working with children with disabilities in New Bedford Ma Massachusetts where she gathered stories of these children and how the schools were lacking facilities for these children. Her collected testimonials contributed to the historic legislation that required the state to provide quality education for students with disabilities. Her commitment for families and children never faded apart from her bigger commitments later on in politics. She also utilized the platform of her being the first lady of Arkansas and championed for improving educational standards and health care access. Her working in Arkansan doesn’t only come from her being the first lady. She co-founded Arkansas Advocates for Children and Families, one of the state’s first child advocacy groups for the purpose of greater reforms in this sector.

Her struggle with mega insurance companies to reform the health care system saw a defeat but that didn’t lower her passion for this and she formed alliance with democrats and republican to help create the successful Children Health Insurance Program which provides health care to more than 8 million children and has helped cut the uninsured rate for children in half.

As a U.S. Senator in 2000, Hillary pushed the Bush administration to secure $20 billion to rebuild New York and fought to provide health care for responders who were at Ground Zero after the terrorist attacks in September 2001. Hillary worked across the aisle to expand TRICARE, giving members of the Reserves and National Guard and their families better access to health care. Her work for rural areas was remarkable in its own way where she created cyber-space launching an innovative partnership in New York with eBay and local colleges to provide small businesses with tech support, microloans, and training programs to sell their goods online. She helped expand broadband to remote areas of the state, and she launched Farm-to-Fork, an initiative to help New York farmers and producers sell their products to New York’s restaurants, schools, colleges, and universities.

She put aside hard-fought campaign with Barak Obama when he asked her to be the Secretary of the State and answered the call to public service once again after 2008 elections. She restored America’s standing in the world that former Republican Secretary of the State Henry Kissinger said she, “ran the State Department in the most effective way that I’ve ever seen.”

Hillary is one of the most forceful champions for human rights, internet freedom, and rights and opportunities for women and girls, LGBT people, and young people all around the globe.

Hillary ran for president in 2016, championing her belief that Americans are stronger together. In July 2016, she became the first woman to earn a major party’s nomination for president, and went on to earn 66 million votes. Her work continues with “Onward Together” an organization that works to advance progressive values by encouraging people to organize, get involved, and run for office.