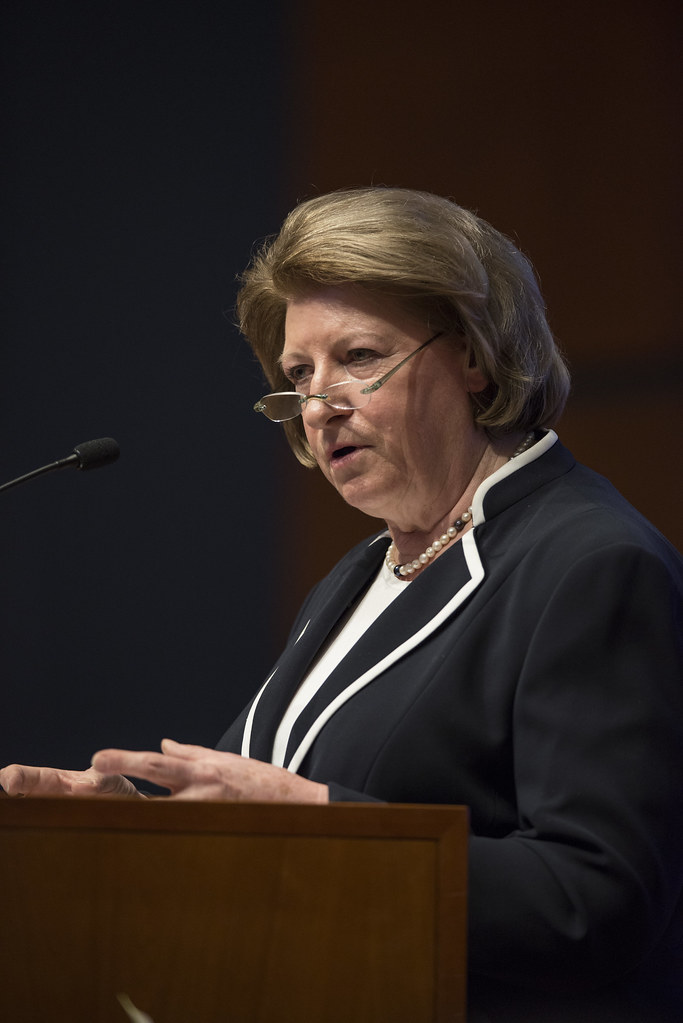 Hanna Suchocka, a Polish politician who served as Poland’s First Woman Prime Minister (1992–1993), was born on April 3, 1946 in Pleszew, near Poznan. Suchocka, the daughter of a pharmacist, studied constitutional law at the Adam Mickiewicz University in Poznan, where she graduated in 1968. She taught law at both the Catholic University of Lublin and elsewhere. She became a member of the Democratic Party, which was then allied with the Communist Party, in the Sejm (Parliament) in 1980. She protested the imposition of martial law in 1981, and she was excluded from the Democratic Party after voting against the law prohibiting solidarity in 1984.

She was elected to the post-Communist parliament in 1989 and 1991. She was asked to be Prime Minister because she was seen as the only Polish politician who could be trusted by both the fundamentalist Roman Catholic parties and the Sejm’s moderates. Her legislative majority was achieved by an alliance of three major parties: Suchocka’s Democratic Union, the Christian National Union, and the center-right Liberal Democratic Congress.

Despite the fact that her government was threatened by manufacturing, rail, and coal protests, Suchocka secured a legislative victory in August 1992 when a constitutional amendment was passed enabling her government to circumvent parliamentary processes to enforce economic policy by decree.

Suchocka’s management and administrative capabilities were hoped to secure a balance between Poland’s traditionalists and progressive reformers, but she lost a vote of confidence in October 1993 and was replaced as prime minister by Waldemar Pawlak. She later served in Prime Minister Jerzy Buzek’s cabinet as Minister of Justice (1997–2001). From 2001 to 2013, she served as the Polish envoy to the Holy See.