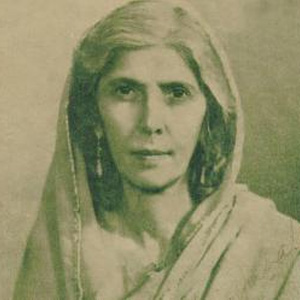 Known as Madr-e-Millat, mother of the nation, Fatima Jinnah’s name is an important one among the leaders of Pakistan’s independence movement. Though she is most loved for being a passionate supporter of her brother, Quaid-e-Azam Mohammad Ali Jinnah, there is much more to Fatima Jinnah.

Fatima Jinnah was born in 1893. When the Jinnahs lost their father in 1901, Fatima came under the guardianship of her older brother. Encouraged by her brother, she completed her education, living in a hostel while attending Dr Ahmad Dental College. In 1923, at a time when taking up a profession was considered inappropriate for girls from Muslim families, Fatima Jinnah opened her own dental practice in Calcutta. When Quaid-e-Azam’s wife, Rutti Jinnah, passed away leaving behind a daughter, Fatima Jinnah gave up her practice and went to live with her brother taking charge of the house and her young niece.

She was involved in politics side by side with her brother. When the All India Muslim League was being organized, Mohatrama Fatima Jinnah became the member of the working Committee of Bombay Provincial Muslim League and worked there until 1947. In March 1940 she attended the Lahore resolution of the Muslims League.  It was because of her that All India Muslim Student Federation was organized in February 1941 at Dehli.  During the transfer of power Fatima Jinnah formed a women’s relief committee, latter on it was formed as the nucleus for the (APWA) known as All Pakistan Women’s Association founded by Rana Liaqat Ali Khan. She did a lot of work for the settlement of the Mohajirs after the creation of Pakistan. She also returned towards the political life when she ran for the presidency of Pakistan.

In 1965 she defied tradition by challenging Ayub Khan in a tight race for the office of President of Pakistan. In her early rallies almost 250,000 people came to see her in Dhaka and millions of the people, than millions of the people lined from there to Chittagong. Her train which was called Freedom Special train was 22 hours late because men at each station pulled the emergency break and they begged her to speak to them. She was hailed as the mother of the nation.

Fatima Jinnah’s contributions in the social development sector has been ignored. She along with Begum Liaqat Ali Khan made the greatest contribution in the realm of women’s awakening and participation in national affairs. If Fatima Jinnah serves as a role model for Pakistani girls, she is indeed a fine one for she had a life filled achievements