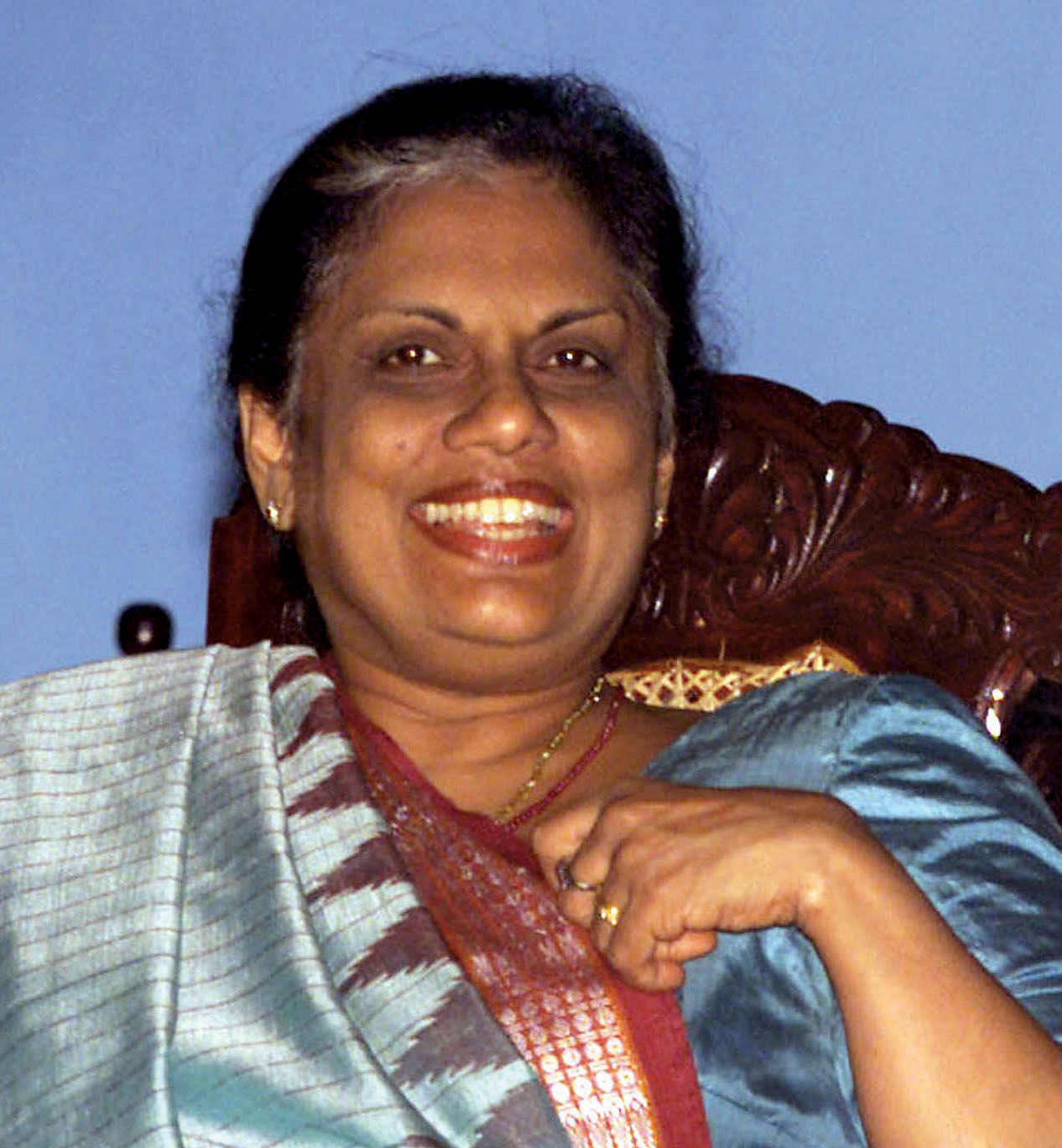 Chandrika Bandaranaike Kumaratunga was born on 29 June 1945. She is a Sri Lankan politician who served as the fifth President of Sri Lanka. This dates from 12 November 1994 to 19 November 2005.

Amongst her many other honor’s, she is the country’s only female president till date. She hails from a political family and is the daughter of two former prime ministers and was the leader of the Sri Lanka Freedom Party (SLFP) until the end of 2005. In 2015 she was appointed as the chairperson of office for national unity and reconciliation.

Chandrika won the presidential election in 1994 gaining a majority of of 62.28% of the vote. Becoming the first female President of Sri Lanka in November 1994, she appointed her mother to succeed her as prime minister.

Her political career take another intense turn when in the year 1999, Kumaratunga lost vision in her right eye (permanent optic nerve damage) in an assassination attempt, by the Tamil Tigers. This made her call an early presidential election. Once again, she came out victorious and managed to defeat her opponent, Ranil Wickremasinghe in the election held on 21 December 1999 and was sworn in for another term the next day.

Her second term was one of the most challenging periods for the country. It saw the civil war aggravating with her government suffering major defeats against the opponents during the famous Second Battle of Elephant Pass and Bandaranaike Airport attack. This not only affected the political scene of the country but also saw the country’s economy going into recession for the first time in history.

In 2006, having remained the leader of the SLFP after leaving office, she “temporally” stepped down from the party leadership citing “continuous harassment she has faced after Mahinda Rajapaksa took office as president” and soon after left the country to self-imposed exile in the United Kingdom.

Kumaratunga is a member of the Council of Women World Leaders and the Global Leadership Foundation. In November 2009, Kumaratunga was appointed to the 12-member board of directors of the Club de Madrid. She is a frequent panelist and member of the Clinton Global Initiative and advisor to its annual meeting held every September