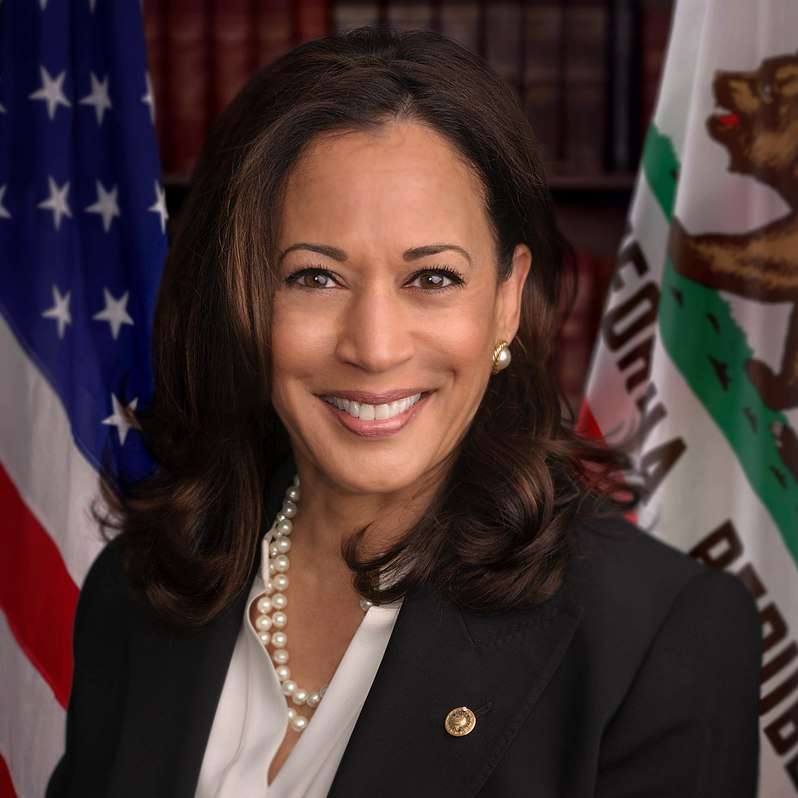 Kamala Harris
Vice President of the United States of America

Kamala Harris makes history as she has risen higher in the country’s leadership than any woman ever before her. Born and raised in Oakland, California, she is a U.S. politician who was elected to the U.S. Senate as a Democrat in the year 2016. The following year Kamala started her first term representing California in that body. Kamala is the second African American woman and the first Indian American to serve as a U.S. senator. Currently, she has been elected as Vice President of the United States on Joe Biden’s democratic ticket in US elections 2020.

She has the honor of previously being the attorney general of the state from 2011 to 2017. Kamala received a law degree (1989) from Hastings College after studying political science and economics (B.A., 1986) at Howard University.

A little about her career background is that she successfully worked in Oakland as a deputy district lawyer (1990-98). In this time, she gained a reputation for bravery as she prosecuted gang crime, drug trafficking, and sexual assault cases.

Kamala rose through the ranks and, in 2004, became district attorney. She was narrowly elected California Attorney General in 2010, winning by less than 1%, becoming the first female and the first African American to hold the post.

She showed political independence after taking office the following year, refusing, for instance, interference from the government of Pres. For her to settle a national case against mortgage lenders for unfair practices by Barack Obama. Instead, she pressed the case in California and received a verdict five times higher than the one initially given in 2012.

Kamala started sitting on both the Select Committee on Intelligence and the Judiciary Committee, among other duties, since taking office in January 2017. During hearings, she was distinguished for her prosecutorial style of interviewing witnesses, which attracted criticism from Republican senators-and occasional interruptions. In January 2019, Harris’s memoir, The Truths We Hold: An American Journey was published.

Kamala Harris is seen as the feminist role model. During the vice-presidential debates, she showed girls how to take command, claim their power, and stand their ground. According to CNN, she is giving children of color the ability to see themselves as a presidential candidate.