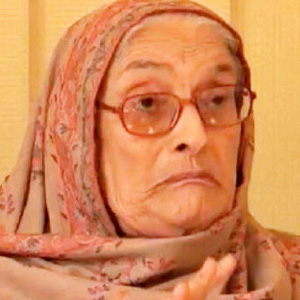 Nasim Wali Khan is a leading woman leader of Awami National Party (ANP). Nasim Wali Khan is the former provincial president and parliamentary leader of the Awami National Party in Provincial Assembly of Khyber Pakhtunkhwa. Born and raised in a conservative Pashtun Family, Begum Nasim appeared on the political front in 1975 when her husband Wali Khan, president of the Pashtun Nationalist National Awami Party (NAP), was arrested; and the party banned by then prime minister of Pakistan Zulfikar Ali Bhutto. During the reign of General Ziaul Haq, Nasim took the helms of NAP, lead a successful movement to have her husband and dozens of his NAP colleagues released from Hyderabad Jail.

Nasim made history during her initial period in politics when she became the first woman elected from Khyber-Pakhtunkhwa on a general seat in the 1977 elections. As a parliamentary leader of Awami National Party (ANP) (founded in 1986) in the KP assembly, she also emerged as a top political powerbroker as she was elected for three consecutive terms. She also thrice served as the provincial president of ANP. Begum Nasim Wali contested elections in 1993and 1997 from the platform of ANP and won the provincial assembly seat by defeating her male opponents. Nasim Wali Khan won provincial assembly elections in 1993 and 1997 from PF-15 Charsadda-III being a major leader of Awami National Party.

Due to some political differences. Begum Wali launched her own political party in 2014 named Awami National Party (Wali). She is the first Pakhtun from Charsadda region to launch a separate party. Begum Wali has always remained a strong proponent of women participation in electoral process. She believes that “Women must take part in politics as they are a major part of society. Ignoring women means ignoring the majority of society”.