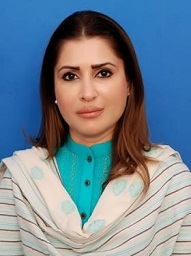 Ms Marri started her political career as a member of Provincial Assembly of Sindh and appointed as Minister of Electric in the provincial cabinet in 2002. Ms Marri remained as a member of the provincial assembly of Sindh till 2012, after that she was elected to the national assembly on women reserved seat as a PPP candidate in 2013 general elections. She was re-elected to the National Assembly as a candidate of PPP from Constituency NA-216 (Sanghar-II) in 2018 general election.