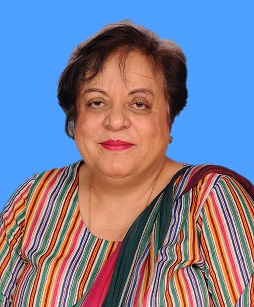 Ms Mazari joined PTI in 2008, in 2009, she was Information Secretary and Spokesperson of PTI. In 2012, she resigned from PTI where she was the Central Vice President and in charge of Foreign Policy. She rejoined PTI in 2013.
Ms. Mazari was elected as the member of the National Assembly for the first time in 2013 general election on the ticket of PTI on reserved seats for women from Punjab. She was the chief whip of PTI in the National Assembly of Pakistan.
She was re-elected to the National Assembly as a candidate of PTI on a seat reserved for women from Punjab in the 2018 general election.
On 18 August, Imran Khan formally announced his federal cabinet structure and Mazari was named as Minister for Human Rights.On 20 August 2018, she was sworn in as Federal Minister for Human Rights in the federal cabinet.