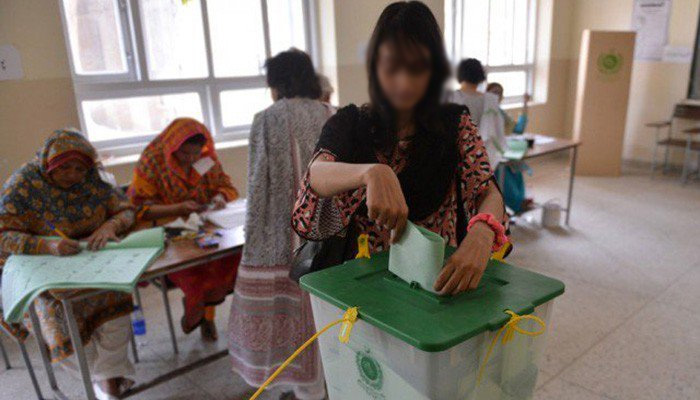 ISLAMABAD: No polling agent of any political party and no voter will be allowed to take mobile phones inside the polling station but election staff and security personnel will be permitted to have such gadgets with them on these premises.

“The purpose of disallowing the polling agents and voters to carry cell phones inside the stations is to ensure secrecy of the ballot papers and process,” Election Commission of Pakistan (ECP) spokesman Nadim Qasim told The News while answering questions.

These days, mobile phones are equally used for making videos, taking photographs and calling purposes. These tools are used to document what is happening. The political parties want their polling agents to use cell phones to record irregularities, if any, by anyone.

The ECP spokesman said the election staff and security personnel will have their mobile phones with them inside the polling stations. However, he said, the security people will keep their cell phones switched off and will turn them on only when they will feel the need to use them.

However, it is a fact that the media people will be able to visit only a very small fraction of 85,000 polling stations spread across Pakistan. It is not physically and humanly possible for the print and electronic media staffers to take rounds of even a significant number of stations. Considering this massive constraint, journalists and eyes of the TV cameras will be handicapped to document each and every possible malpractice at all voting places. Particularly, they are always unable to have access to far flung areas where rigging opportunities are easily exploited and not even recorded.

When told that the designated polling agents will be naturally desperate to quickly transmit the result to their candidates if they would have their mobile phones with them, the ECP spokesman said that the presiding officers will not only give certified copies of the vote count to all agents but will also display them at the stations. “Then, the agents can send the results to their contestants after coming out of the polling stations.”

To another question, Nadim Qasim said the security personnel would be deployed to allay fears among voters and not to create it. “The code of conduct issued by the ECP clearly spells out the duties of security forces, which will have nothing to do with the election process; and they will only provide protection and security on the occasion.”

He said that starting from the 2013 general elections, at least 100 by-polls were held under the supervision of the Pakistan Army, which helped peaceful polling. Every time, he said, all political parties demanded deployment of the troops.

The ECP spokesman said that the electoral commission would have been in deep trouble in view of the recent devastating terrorist attacks had it not decided to seek the deployment of about 400,000 troops beforehand.

When told that the security situation particularly the incidence of terrorism drastically came down in 2018 compared to the time of the previous elections in 2013 when only 70,000 troops were detailed, Nadim Qasim said that the deployment decision had to be taken much before the polls and it can’t be made at the spur of the moment.

The spokesman referred to a statement of the ECP secretary to a Senate committee in which he talked about the fear of terrorism and sabotage, and said that in view of such danger the involvement of the army at an increased scale was decided at the appropriate time so that the electoral forum is not caught unawares.