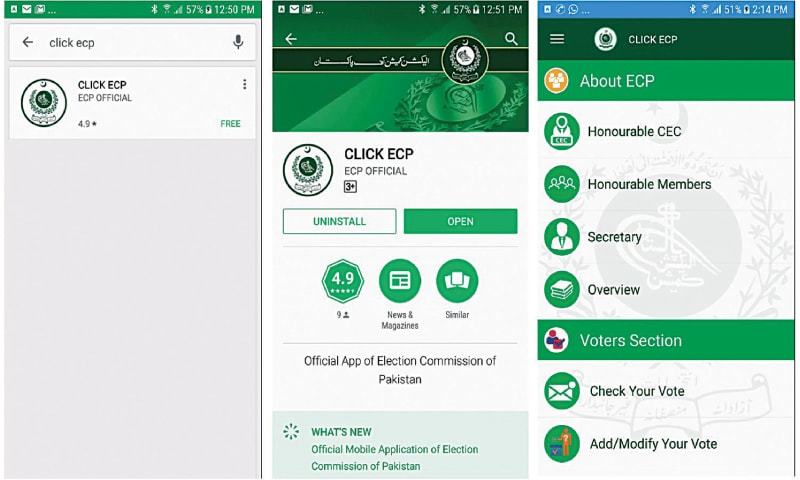 With less than a week to Pakistan’s internet-driven polls, the Election Commission of Pakistan (ECP) has taken various tech-savvy measures to guide voters on the polling process.

Among other steps, the ECP has updated its short message service, putting an end to the ambiguity surrounding the path to polling stations. Voters will be able to acquire the exact address to their polling station by sending their computerised national identity card (CNIC) number to 8300. Although the messaging service has been active for some time, it only provided constituency details earlier. The ECP, however, is in the process of updating its database and the service will be fully functional in a day.

To check your updated voter record, type your CNIC without hyphen (-) and spaces on your mobile and send it to 8300. The service will considerably reduce the effort required by voters to find their respective polling stations and simplify an otherwise complicated procedure.

Another effort to digitise the electoral process is that the National Database and Regulatory Authority (Nadra) will activate the Result Transmission System (RTS) — an Android application which enables election officers to send the results to the ECP in real time.

The app also automatically uses GPS to record the result’s location and the time of the upload. The system will be used to announce constituency results as they are collated.

According to the Election Act 2017, the POs are required to send an electronic “snapshot” of two forms using the RTS. The first [Form 45] is the ‘Result of the Count’ showing the number of valid votes for each contesting candidate and ballot papers excluded from the count. The second form (Form 46) is the ‘Ballot Paper Account’ showing the number of ballot papers received, un-issued, taken out of the ballot boxes, tendered, challenged and spoilt. The POs are required to take photos of the results and send them to the ECP as soon as connectivity is available.

According to ECP, the procedure of linking RTS software with the central database will be completed by July 21. Besides a short message service, the commission has launched ‘Click ECP 2018’ application on Android’s PlayStore.

The app can be download free of charge on your smartphones to access voting data and polling-related details. Through this app, voters can easily find out their polling stations, whether their vote is registered or not, and the constituency in which the vote is registered.