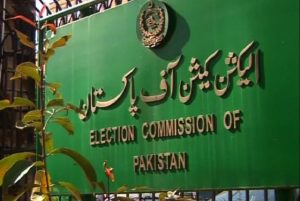 ISLAMABAD: The federal government on Thursday released Rs9 billion to the Election Commission of Pakistan (ECP) to make sure that the security situation is good during the upcoming general elections.

Sources told this scribe that Pakistan Army has demanded Rs9 billion from the finance ministry for the elections security as some 371,388 troops will perform their duties in the 48,500 polling stations across the country.

“The high ups of finance ministry including the finance secretary remained silent on this move as sources said that it is a responsibility of the armed forces to provide security,” sources added.

Inter-Services Public Relations (ISPR) Director General (DG) Major General Asif Ghafoor on July 10 had stated that ECP has tasked the armed forces to assist them in the upcoming general elections to conduct the elections in a free, fair and transparent manner.

Pakistan Today made a number of attempts to contact the finance secretary and spokesperson of ECP but they did not reply till the filing of this story.