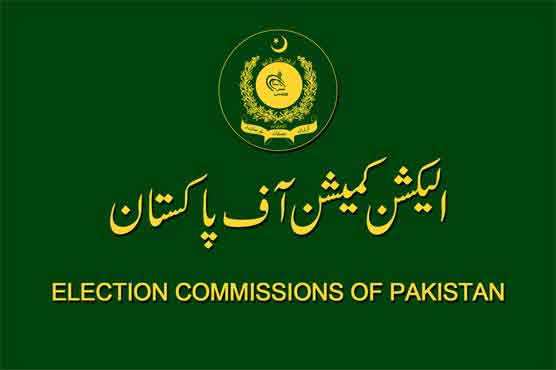 Amid vehement criticism from various government institutions and civil society, the Election Commission of Pakistan (ECP) in the latest notification has limited magisterial powers of military personnel set to be deployed in and outside the polling stations in upcoming elections, a local media outlet reported.

In a notification issued by on July 10, the ECP had extended powers to the armed forces personnel to be deployed at polling stations across the country from July 23 to July 27 for the provision of a secure environment to assist ECP in the conduct of for free, fair and transparent manner.

Appointment of 371,000 armed forces personnel in elections with magisterial powers was criticised by and large while senators also on Saturday had voiced serious reservations over such powers.
The ECP said that all the security personnel deployed in and outside the polling stations are bound to report to the presiding officer about irregularity or malpractice, and not act on their own.

“The commission has expressed serious reservations about statements made and the impression created in the house about an independent constitutional entity which is working with complete freedom and impartiality,” ECP said.

It further stated that interference in the domain of legal authorities is tenable neither legally nor morally and such act through allegations will not serve the democratic principle. It added that it is for the very first time that security personnel will be performing duties under a notified code of conduct after taking an oath.

In the amended notification, referring to the Elections Act 2017, the ECP has taken back several powers and the magisterial powers will be wielded only in two scenarios.

It includes personation as per section 169 in which “a person is guilty of personation if he votes or applies for a ballot paper for voting, as some other person whether that other person is living or dead or fictitious.” Similarly, Section 171 is about capturing a polling station, or booth beside stopping voters from entering the polling station.

While other powers under section 176 about disorderly conduct near polling station while authority under section 177 if a person canvases or solicits voters within a radius of 400 metres of the polling station has been withdrawn. Similarly, under section 183 —if a person guilty of the offence of illegal practice shall be punishable with imprisonment for a term which may extend to two years or with fine which may extend to one hundred thousand rupees or with both—stands withdrawn.

The said powers now rest with the presiding officer. If army personnel see any such offence they will first inform the presiding officer and if latter does not act to prevent the irregularity the security staff will bring the matter to the notice of the designated officer-in-charge of Pakistan armed, civil forces.

The powers of a police officer under section 194 given to the army personnel has also been withdrawn in which any person could be arrested without arrest warrants if that person removes a banner, removed by the presiding officer but commits an offence inside the polling station.