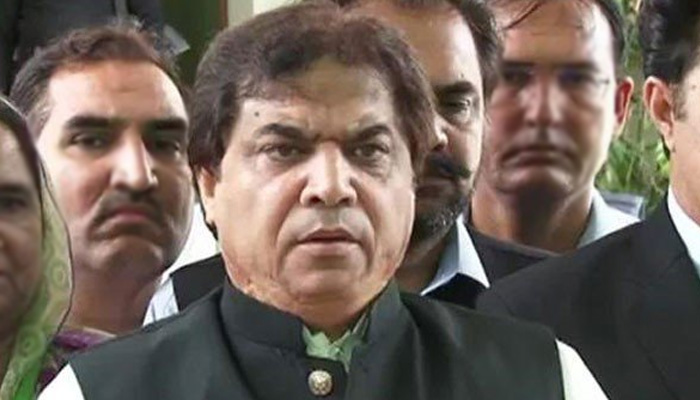 ISLAMABAD: Amid a stream of views coming in support and against the sentencing of Pakistan Muslim League-Nawaz (PML-N) candidate Hanif Abbasi from NA-60, the Election Commission of Pakistan (ECP) Sunday notified postponement of the election in this constituency of Rawalpindi.

The Election Commission said that while preparations for the general elections were in their final stages and ballot papers for the constituency were already printed with Hanif Abbasi’s election symbol on them, the ECP is bound to provide a level playing field to all candidates. It said the election in NA-60 is postponed and will be conducted after the scheduled general elections, along with other postponed elections.

“Whereas only two days are left to the conduct of the elections, when Hanif Abbasi, a potential candidate from NA-60 has been disqualified, which has resulted into a heated debate in the media and political circles rendering the atmosphere as full and negativelycharged and; whereas the serious criticism is afloat qua the provision of level-playing field in the general election…and whereas the Election Commission of Pakistan, having taken cognisance of all attending circumstances is bound to provide a level playing field to the contestants under the Constitution and the law, particularly the Section 4 of the Elections Act, 2017 read with Article 218(3) of the Constitution and the powers of the Election Commission defined by the August Supreme Court of Pakistan in famous Workers Party case…”, the notification says.

Now, the election in NA-60 will be conducted along with other constituencies, where the poll process had been already postponed, following the July 25 elections for which a schedule will be duly issued.

It is pertinent to mention that the law provides for postponement of election in case of death of a candidate. Section 73 of the Elections Act, 2017, says that “if a contesting candidate dies before commencement of the poll or during the polling hours, the returning officer shall, by public notice, terminate the proceedings relating to that election”.

Under this law, polls have been also delayed in PS-87 Malir, following death of Tehreek-e-Labbaik Pakistan candidate Sharif Ahmed Khan in a road accident, PK-78 Peshawar after death of Awami National Party (ANP) candidate Haroon Bilour in a suicide attack and NA-103 and PP-103 constituencies of Peshawar due to death of independent candidate Mirza Mughal.

Elections were also delayed in PB-35 Mastung after a terrorist attack, which claimed at least 149 lives including that of Balochistan Awami Party candidate Siraj Raisani. Similarly, polls have been postponed in PP-87 Mianwali after death of Ahmed Khan, a candidate of Pakistan Justice and Democratic Party. Some candidates have been also disqualified already but polling will take place as usual; they include Rana Asif Tausif, Sardar Ghulam Abbas and Rai Hasan Nawaz.