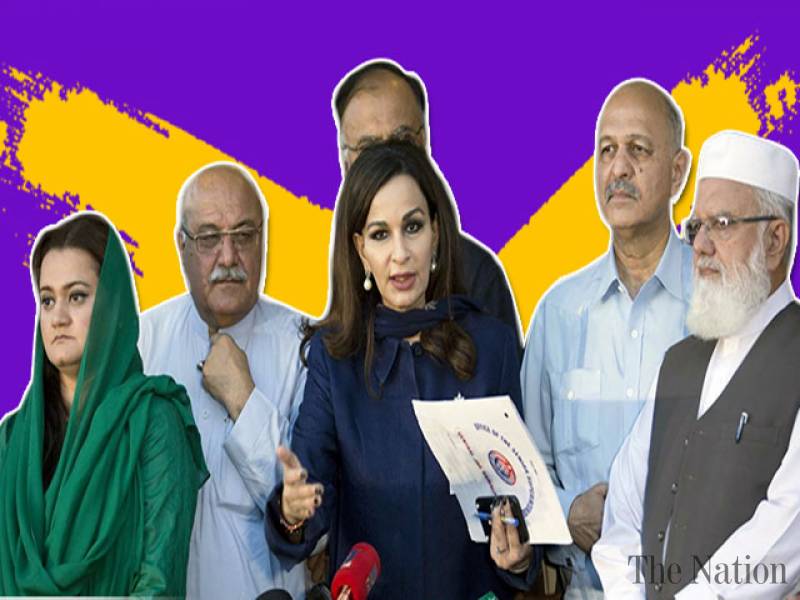 ISLAMABAD/Lahore – Component parties of the joint opposition will stage their first joint protest demonstration outside the Election Commission of Pakistan office today (Wednesday) against what they termed the blatant ‘rigged’ elections.

Central leaders of the component parties would be leading the protest demonstration which according to them would be peaceful. Leaders and candidates from these parties would stage a sit-in in front of the ECP office at 1 pm.

A member of the 16-member committee which had worked out the protest strategy of the joint opposition parties told The Nation that their protest would be peaceful and in this connection, they would also be approaching the federal capital administration seeking permission for the same.

The protest demonstration would likely be addressed by the central leaders of the component parties including the Pakistan People’s Party, the Pakistan Muslim League-Nawaz, the Muttahida Majlis-i-Amal and other parties.

The joint opposition had already demanded the resignation of the Chief Election Commissioner and all the four provincial members of the commission for their failure in holding free, fair and transparent elections and the same demand would be reiterated during the protest.

Keeping in view the opposition parties’ protest, the ECP has sought enhanced security from the federal capital administration to avoid any untoward situation.

However, the 16-member committee of the opposition parties said that they would be staging a token protest against the ECP’s failure to hold free, and fair elections and to press their demand of re-elections and resignation of the ECP’s top bosses.

The 16-member committee would again be meeting on Thursday to work out a protest plan of the opposition parties in and outside the Parliament on the opening day of the upcoming session of the National Assembly when the newly elected MNAs would take the oath.

It was decided that the opposition parties’ parliamentarians would take the oath wearing black bands on their arms to express their protest over the massive rigging in the elections.

Similarly, the opposition parties would fully participate in the elections for the speaker, deputy speaker and leader of the house slots in the National Assembly.

Meanwhile, Central Executive Committee of the PML-N has decided to actively participate in the joint opposition protest against ‘results manipulation’ in the last election before ECP in Islamabad today.

The CEC meeting in Lahore, presided over by the Party President Shehbaz Sharif and attended by top leadership, also received input and suggestions from the participants on the upcoming election for the top offices in Punjab and the Centre. The party has already named Shehbaz Sharif as candidate of the joint opposition for the prime minister office while it was still considering the name for Punjab offices including chief minister, speaker and the deputy speaker and also the leader of the opposition.

The meeting formed the working groups and considered strategy for protest in the federal capital.

The meeting had consensus that Islamabad protest will be participated by all elected members and the ticket holders of the party. It also resolved to continue to serve the masses as the PML-N had been doing in the past. It flayed the PTI chairman and prime minister-in-waiting Imran Khan for reaching the power by dint of ‘rigged’ elections and taking support of those parties who he himself been critical of in the past. The meeting appreciated the public response to the PML-N in the election notwithstanding the fact, every hurdle was created in its way to the success.

PML-N Spokesperson Marriyum Aurengzeb said, “The PML-N is poised to record strong protest against bogus election before the EC office in Islamabad on Wednesday. Our protest will be quite peaceful and within the limits of law.”

Talking to mediamen outside the PML-N Secretariat, Marriyum said the protest will be held by the joint opposition and the PML-N will participate as a part of it. As to how long the protest will continue, she said, nothing could definitely be said in this respect.

She said historic rigging and maneuvering had been committed in the election to steal mandate of the people. Marriyum said protest was their right but that will not be like the one seen in the past during PTI and PAT dharna when Red Zone was used for drying clothes and was littered with the dirt and attacks were mounted on the Supreme Court and the Parliament buildings.

READ MORE: Sri Lankan great Sangakkara says has no ‘ambitions’ to be next Imran Khan

Later, former federal minister Rana Tanvir told media that protest will be launched at 1pm and all members and candidates of the PML-N had been directed to ensure their participation. He said they could also go for protest before the EC offices in all provinces in addition to Islamabad however, he added, protest at the provincial level was up to the consensus of all. He said the PML-N served the country selflessly. He said he could not understand why certain ‘unseen forces’ did not like this party in power.