Imran to take oath at President House on 14th 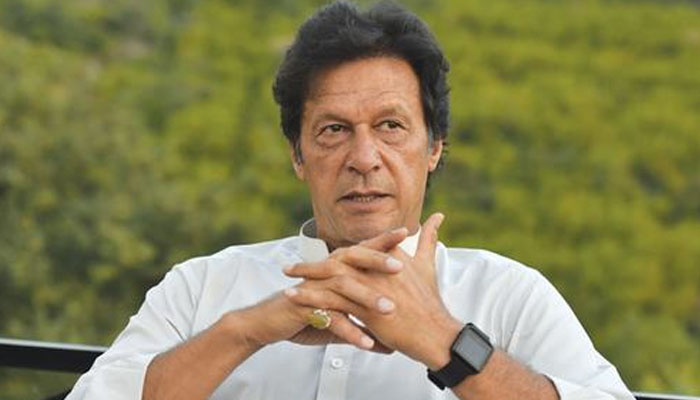 ISLAMABAD: Chairman Pakistan Tehreek-e-Insaf Imran Khan will take oath of office as Prime Minister of Pakistan in a simple ceremony at the President House with no foreign dignitaries invited to the much-awaited event.

Senior party leader Dr. Shireen Mazari in a tweet said the decision taken was to have a simple oath-taking with no external invitees. There have been reports in media that Imran could take oath of coveted office at the D-Chowk subject to security clearance. However, this was denied later by the party.

However, he had also said that in this connection they awaited what the Foreign Office had to say, given the paucity of time. Another party senior leader Naeemul Haq recently said that Imran Khan had expressed his desire to take oath of office before August 14.

An announcement made by the PTI central Media Department said that Imran presided over a senior leadership meeting here, which had deliberations on giving relief to public upon the installation of the party government in the centre. However, it was unclear what kind of relief was being discussed.

Imran has summoned a meeting of the MPAs-elect and MNAs-elect of the party from Balochistan on Thursday at Banigala to discuss formation of government in the province after the provincial party leadership expressed concern over straight away giving go-ahead to Balochistan Awami Party to head the proposed coalition government there, it was learnt.

“The announcement by senior party member Jahangir Tareen on Tuesday that PTI had given go-ahead to Balochistan Awami Party has not gone down well with our party chapter in that province. That is why a high-level meeting is slated for Thursday,” a source said.

He claimed that the provincial chapter of PTI felt that it was their prerogative to suggest options with regards to possibilities of future set-up in the province. “One senior PTI leader from Balochistan claimed that they are in a position to push for their party-led government after taking along like-minded parties and independents,” he said.

So far, a total of 19 members-elect of Punjab Assembly have joined PTI while five MNAs-elect also became part of the party. Meanwhile, British High Commissioner Thomas Drew called on Imran here and greeted him over PTI victory in polls. Both sides exchanged views on strengthening of relations and cooperation in various fields.

The British diplomat appreciated Imran over his speech after the polls and said it created a lot of interests in Britain. He said the British government was ready to support and work with Islamabad and that DEFID would support PTI-led government to put more than 22 million out of school children in schools.

Chairman PTI thanked the British High Commissioner for the warm wishes and felicitations and also acknowledged the role of DEFID in Khyber Pakhtunkhwa. Speaking at the occasion, he stated that Pak-UK relations were very important because UK had a huge Pakistani community. He also shed light upon his government’s intentions to bring wealth laundered to UK back home and stated that we want to get our laundered money back from abroad.