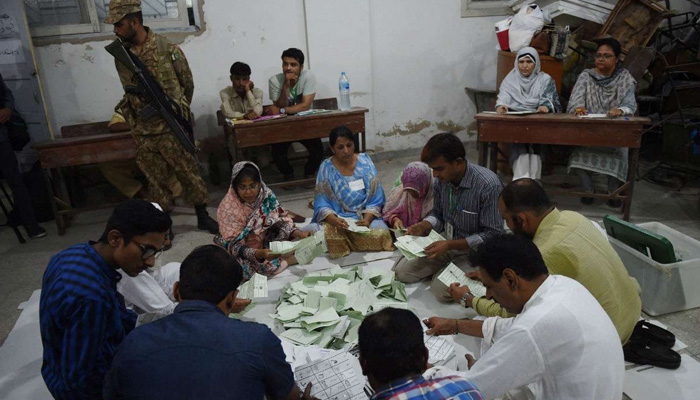 ISLAMABAD: In the face of mounting criticism from opposition parties with regard to transparency in the July 25 polls, the Election Commission of Pakistan (ECP) on Thursday asked the government for constitution of a panel of experts to probe the failure of result management system within four weeks and fix the responsibility as well.

On behalf of the Election Commission, Director Elections Ch Nadeem Qasim wrote a letter, in this context, to the Cabinet Division secretary with the subject: Inquiry of result management system during the conduct of polls on July 25 and afterwards.

“You are hereby directed in terms of Article 202 with Article 218 (3) of the Constitution of Islamic Republic of Pakistan to constitute an inquiry committee consisting of technical experts from the National Telecommunication and Information Technology Security Board and Pakistan Telecommunication Authority,” says the letter.

Already, the election commission has written to the provincial election commissioners, district returning officers and returning officers to furnish report as to why there was delay in results. Joint opposition alleges that polling agents were not allowed during counting and there was an alleged deliberate attempt to delay announcement of results.

Meanwhile, the election commission spokesperson reacted strongly to a statement by PPP senior leader and candidate from NA-259, Mir Baz Khetran, that the ECP secretary interfered and rigged polls in the constituency. He vehemently rejected this statement and said that through such baseless and unfounded statements, facts could not be hidden.

He emphasised that according to initial results from NA-259, Khetran was clearly far behind and turned out to be at number three at the time of final results. He called on the PPP leader to desist from such baseless statements and accept the voters’ decision.