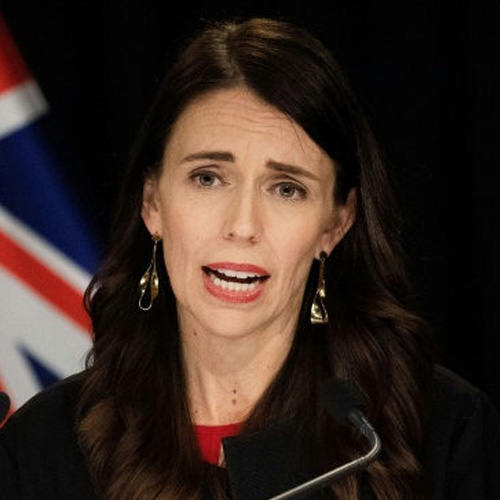 In October of 2017, 37 years old Jacinda Ardern became the youngest female leader in the world and New Zealand’s youngest PM in 150 years.

After graduating from the University of Waikato in 2001, Ardern began her career working as a researcher in the office of Prime Minister Helen Clark. She later worked in London, within the Cabinet Office, and was elected President of the International Union of Socialist Youth.

Ardern was first elected as an MP in the 2008 general election, when Labour party lost power after nine years. She was later elected to represent the Mount Albert electorate in a by-election in February 2017. Ardern was unanimously elected as Deputy Leader of the Labour Party on 1 March 2017, following the resignation of Annette King. Just five months later, with an election due, Labour Leader Andrew Little resigned after a historically low opinion polling result for the party, with Ardern elected unopposed as Leader of the Labour Party in his place. She led her party to gain 14 seats at the 2017 general election on 23 September, winning 46 seats to the National Party’s 56. After a period of negotiations, New Zealand First chose to enter a minority coalition government with Labour, supported by the Green Party, with Ardern as Prime Minister; she was sworn in by the Governor-General on 26 October 2017. She became the world’s youngest female head of government at age 37. Ardern later became the world’s second elected head of government to give birth while in office (after Benazir Bhutto) when her daughter was born on 21 June 2018.

Ardern emerged as the masterclass hero of crises leadership. The way she dealt with the Corona Virus Response, speaks a lot about her crisis management. After 75 days of restriction and 7 weeks of strict lock-down, New Zealand emerged as the leading COVID-19 free country; and lifted all restriction.

Ardern has described herself as a social democrat, a progressive, a republican and a feminist.