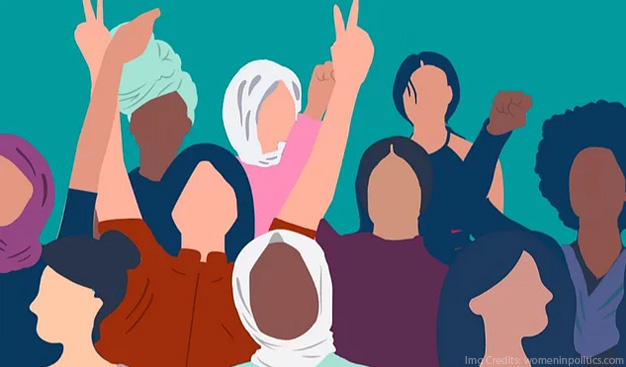 One field where the women’s movement has succeeded in Pakistan to a large extent is women’s political participation. Ayesha Khan’s perceptive book, ‘The Women’s Movement in Pakistan: Activism, Islam and Democracy’ (2018), deals with the larger woman question; however, we are going to focus on the women’s political participation aspects of it in order to have a focused debate.

The book chronicles the contemporary history of Pakistan in a well-researched descriptive manner; the real contribution is added by referring to the qualitative interviews of women rights activists often associated with the Women’s Action Forum (WAF). WAF is an advocacy group that has been actively campaigning for women rights since the 1980s. The book is also objective; it brings out the achievements of the women’s movement very well – despite the enormous challenges – by interweaving both desk and primary research but also discusses its shortcoming through the sources’ voices.

In the 1985 non-party elections, 20 seats were reserved for women in the National Assembly. However, this provision lapsed in 1990 when the 1988 election assemblies were dissolved and there were no reserved seats for women in the next 12 years.

Restoration of women’s reserved seats was a key demand of WAF and advocacy NGOs such as Aurat Foundation – along with a broader agenda of women’s inclusion in political life such as increasing women’s turnout as voters, increasing general seats tickets for women, and promoting women’s wings within the political parties. This set of demands also included quota for women in the local government.

This consistent advocacy for women’s political representation was accepted to a large extent and the local bodies elections of 2000-01 gave women 33 percent reserved seats on the all three local government tiers and general elections of 2002 reserved 17.5 percent seats for women National and Provincial Assemblies and the Senate. This is in addition to some women contesting on general seats.

The large impact was made at the local level where almost 40,000 women were elected on reserved seats. However, in the 2005 local bodies election, the reserved seats for women were decreased to over 24,000 as the government decided to reduce the size of union councils to half. Post return of democracy in 2008 onwards, the local tier has not been consistently held up and women’s representation largely moved to the national and provincial assemblies.

Despite being considered ‘inexperienced’, women’s participation in these assemblies “added a significant dimension to proceedings”, says the author. In the 2002-07 National Assembly, women elected on the reserved seats attended parliament sessions regularly compared to men. Their legislative performance exceeded their ratio. According to the book, women “moved almost half of private member bills and a third of resolutions”. The same trend continued in the assemblies of post 2008 onwards, despite women’s decreasing numbers on general seats.

Women achieved this legislative performance despite not being taken seriously by their male colleagues, challenged by the lack of independent financial resources, weak party support, and sometimes faced by outright discrimination and harassment.

Women on reserved seats pushed for the passage of legislation for women’s rights, human rights, and democracy by working through cross-party women’s caucus particularly in the post 2008 period. Women lobbied for changes in honor killings, rape and adultery laws amongst others. The 18th Constitutional Amendment accepts Pakistan’s CEDAW commitments under Article 25 (2). Post 18th Amendment, most legislation is devolved to the provinces.

Women legislators actively worked to pass laws to check domestic violence, sexual harassment laws, law to stop anti-women practices, acid crimes laws, Hindu marriage law, law for standardizing the age at marriage etc. Women often moved these progressive bills as private members as their political parties did not want to overtly support them due to fears of backlash and they managed to pass these bills through cross-party women members solidarity.

The last chapter of the book has an interesting discussion on whether activism for women’s rights can be called a movement or not. The overwhelming feeling is that women have come a long way in the last 40 years when the editors of leading papers used to refuse to publish WAF statements on women’s rights to the present day where women’s rights is a legitimate national agenda despite the massive challenges of mounting violence and sexual mutilation of women and girls. Women have also been combating the selective use of religion to suppress their rights.

Khan says that it is ironic that Western governments were supporting dictatorship and the Afghan jihad during the 1980s, yet still supporting a small number of women and their NGOs who were resisting the dictator’s Islamization (though WAF never accepted foreign funding).

It has been an uphill battle over the years. Despite the patriarchal and exclusionary biases of the state in Pakistan; women have focused on making demands from the state and its policies and tried to fight the discrimination of its legal framework. The non-formal arena of jirgas and violence of the non-state actors is much worse for women. The state has to deliver for women and their struggle for equality and empowerment will continue till it does.