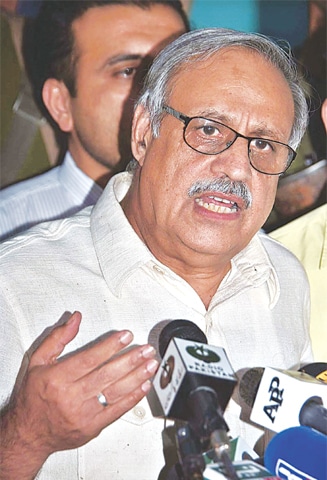 ISLAMABAD: Election Commission of Pakistan (ECP) secretary Babar Yaqoob Fateh Mohammad has conceded the failure of the result transmission system (RTS), saying it did not work as expected.

“It is a lesson that technologies should not be introduced before multiple tests. We will see how it can be improved,” he said at a press briefing here on Thursday.

He, however, said the RTS had significance with regard to sharing of information, but it had no legal value.

He said 90 per cent of results had so far been announced in the field, out of which the ECP had received around 82pc results and he was expecting 95pc results by Friday. He said the results received so far indicated that the voters turnout was over 55pc.

Claiming that the polls had been conducted in a free and fair manner, he said no serious rigging complaint had been received including the allegations of stuffing of ballot boxes and bogus vote casting. He said the complaints were procedural in nature.

About a video that went viral on social media showing a woman stamping multiple ballots, he said it was an old video. He said the colour of ballot papers used this time was green but the one showed in the video was dark in colour.

The ECP secretary said results from polling stations could not reach returning off­i­cers in time due to bad wea­ther and security threats.