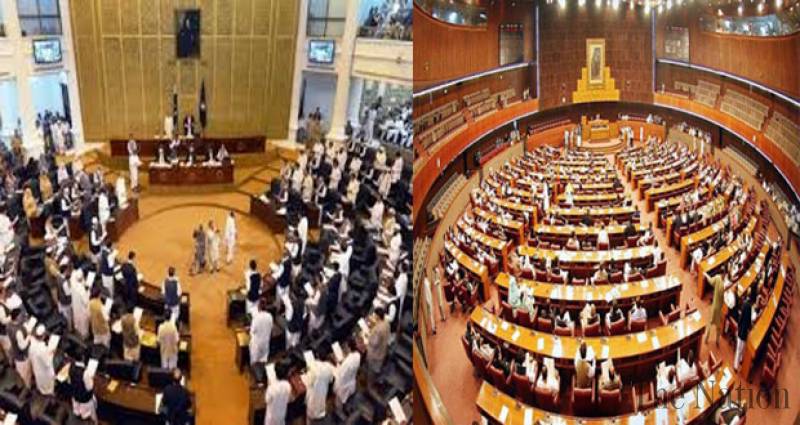 The 15th National Assembly will resume its session at 10 am today elect its Speaker and Deputy Speaker.

The election will be held through secret ballot.

The majority party in the House, Pakistan Tehreek-e-Insaf has nominated Asad Qaisar for the slot of the Speaker while Syed Khurshid Shah has been named by the joint opposition for it.

Sindh Assembly will also elect the Speaker as well as deputy through secret balloting on Wednesday.

Nomination papers of Agha Siraj Durrani of PPP and Javed Hanif of MQM-Pakistan have been accepted for the post of Speaker.

According to Provincial Assembly Secretariat, election for the two posts will be held through secret balloting by 165 elected members of the 168 member house.

Pakistan Tehreek-e-Insaf has nominated Mushtaq Ahmad Ghani for Speaker and Mehmood Jan for the slot of Deputy Speaker.

Laiq Muhammad Khan of Awami National Party is contesting for the slot of Speaker, while Jamshaid Khan of PML (N) has been nominated for Deputy Speaker post by the joint opposition.