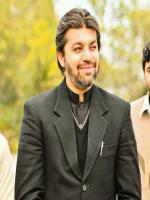 Advocate Mr. Ali Muhammad Khan is elected Member National Assembly who won NA-10 (Mardan) on the party ticket of Pakistan Tehreek-e-Insaf (PTI). Ali Muhammad informed that ‘although my family had sound political background because my grandfather Muhammad Wakeel was a rigid supporter of Muslim League and in 1940 he lead the caravans from Mardan to attend the Pakistan Resolution in Lahore. My grandfather was elected twice as a federal minister; nevertheless, our family had been out of formal politics for last thirty years’.

He stated that ‘I always envisioned Pakistan as strong Islamic state. Imran Khan’s enthusiasm and passion for the betterment of country encouraged me to join formal politics. I was highly inspired with the vision and passion of Imran Khan and therefore I entered in politics with the aim of reforming existing political patterns of my constituency.

Due to the transparent party elections, i was first elected as a district president of the party. Further, party workers supported me to get party ticket for contesting election. However, I was not even financially sound to run an election campaign. My party supported me and provided with the funds of four lac rupees (0.4 million). Advocate Ali Muhammad Khan advised youth to never dishearten. They should do struggle with full enthusiasm and superior character while leaving results on the Almighty Allah.
Regarding his political campaign in 2013 general elections, he said ‘my campaign was according to the directions given by my party and party workers played a significant role to make my campaign effective. Further, he added that ‘i did not face any specific challenges during my political campaign as my constituents were in favor of a positive change. Though i faced financial contraints in this regard mainly due to the demise of my father after prolonged illness yet party supported me and provided with campaign expenditures.

After being elected during 2013 elections, the difficulties and challenges faced by Mr. Ali Muhammad Khan were the behavior and response of senior members of parliament, who felt reluctant to show respect and provide support to the newly elected parliamentarians. This behavior of senior parliamentarians was obstacle in learning the rules and regulations, traditions and code of the conduct of the parliament. However, with the passage of time, realizing the enthusiasm and keenness of the new comers, the senior members have started giving them due respect. He further added that ‘initially the expectations of the constituents were very high; they were expecting to provide them basic public facilities like change of transformer, restoring S.H.O, streets repair etc. Nevertheless, i clarified them o that providing employments and other basic facilities was not my job. It was a hard task (to make constituents realize that).
He however was ambitious as Member of Parliament, to work for realizing the supreme parliament where Member of Parliament plays their part according to the national interests. According to him currently parliament is not utilizing its full capabilities. He wishes that ‘the laws be enacted to cater the concerns of the public and to provide the basic rights to the citizens for collective welfare.’

My dreamed Pakistan is a strong, progressive, sovereign Islamic state with good education institutes, universities, basic facilities, industries and employment as compared to other regional countries.
He stressed the need of youngsters to perform their responsibilities with honesty and dedication. They should never dampen the spirits and leave the ultimate result to the Allah.